The Galapagos Islands are located in the Pacific Ocean approximately 1000 kilometers off the coast of Ecuador. The archipelago is comprised of 121 volcanic islands spread out over 8,000 km² . The equator crosses the Galapagos chain at Wolf and Ecuador volcanoes on the northern side of Isabela Island. Most of the islands are located to the south of the equator, with Marchena, Genovesa, Pinta, Darwin and Wolf the only islands to the north of the equator. Approximately 97 percent of the archipelago are protected; Baltra, Floreana, Isabela, San Cristóbal and Santa Cruz are the only islands with human settlements. The Galapagos has two defined seasons?the ?cold dry? season (May to December) and the humid ?hot? season (December to May). Up to seven vegetation zones can be found on the larger islands. The isolation of the Galapagos from continental South America has resulted in a collection of flora and fauna found nowhere else in the world.

There are five subfamilies, 21 genera and 44 species of ants on the Galapagos Islands. Of the 44 taxa, Camponotus macilentus, Camponotus planus, Cyphomyrmex nesiotus, and Pheidole williamsi are endemic to the archipelago. To date, 30 are introduced, with an additional 10 species of undetermined origin. The genera of Dorymyrmex, Hypoponera, Paratrechina and Leptogenys await revision. Introduced species such as the little fire ant, Wasmannia auropunctata, and the tropical fire ant, Solenopsis geminata, are considered serious threats to the terrestrial fauna of Galapagos (Herrera & Causton 2007 in press).

An inventory of Formicidae initiated in 2005 has resulted in new records (Herrera & Longino 2007 in press; Pacheco, Herrera & MacKay 2007 in press), demonstrating that there are still many localities left to inventory, and that much remains to be learned about the ants of the Galapagos. 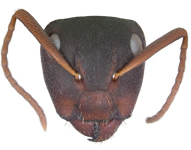 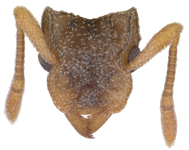 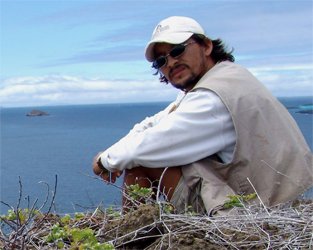