Paraguay is a California-sized nation in the heart of subtropical South America. Here, elements of the Argentine Pampas, the Atlantic Coastal Rainforest, the Brazilian Cerrado, and the Arid Chaco combine in a unique ecotone that includes two dozen army ant species, rich communities of canopy-dwelling twig ants (Pseudomyrmex spp.) and turtle ants (Cephalotes spp.), and the most diverse assemblage of fungus-gardening attine ants in the world. Paraguay's expansive flood plains include parts of the native range of several major cosmopolitan pest species. These include the red fire ant Solenopsis invicta, the Argentine ant Linepithema humile, and the little fire ant Wasmannia auropunctata.

The Paraguayan specimen records on Antweb are drawn from a series of field collections conducted between 1995 and 2003, as well as from published literature and specimens in about 20 entomological museums in South America, North America, and Europe. The fauna currently comprises 541 species. However, estimates of potential species richness, which are based on the incidence of unique and doubleton specimens, suggest that more than 100 species remain to be discovered in Paraguay. 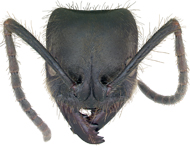 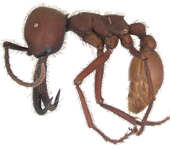 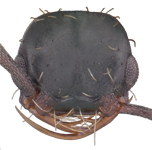 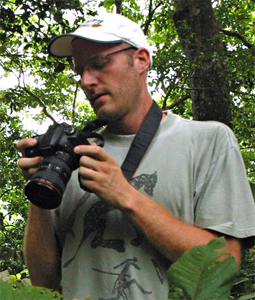