The ant fauna of Texas reflects the immensity, the diversity of habitats, and the geographic location of the state. Texas’ southern border also affords extensive contact with Mexico. Much of the area along the Rio Grande Valley lies as far south as the Florida Keys, and for this reason forms the northernmost portion of the range of several species of ants, including Nomamyrmex esenbeckii, Pheidole absurda, Rogeria creightoni, Pseudomyrmex caeciliae, Crematogaster distans, and Platythyrea punctata. The fauna is dominated by many species of Pheidole and includes representatives of all ten known North American subfamilies of ants.

Several species of Texas ants are known from no other state. Many early descriptions of ants from North America were of species from Texas. So, it may be said that historically, Texas provided an important role in the study of North American ants. In spite of a long history of research on the ants of Texas, the state where William Morton Wheeler developed his interest in ants, the fauna is still rather poorly known. 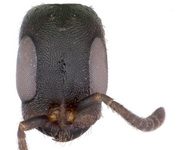 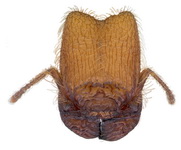 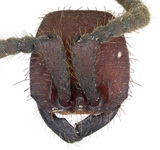 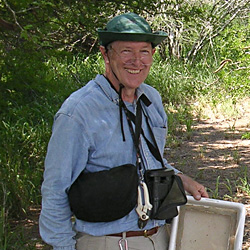