The ant fauna of Illinois comprises 129 known species. These represent most of the North American subfamilies, lacking only the more tropical elements of Cerapachyinae, Pseudomyrmecinae and Ectatomminae. Illinois once had some of the most extensive expanses of humid tallgrass prairie in the world, but virtually all of this has succumbed to the plough. Yet, even few-acre fragments of this once vast habitat, along rural highways or in nature preserves, typically retain a nearly representative fauna of prairie specialist ants, most notably certain species of Formica. The Shawnee Hills of southern Illinois are the geological brethren of the Missouri and Arkansas Ozarks, and bear much of the same diversity of flora and fauna. They are, however, much less collected for ants than areas near the entomological activity centers of Chicago and Urbana, so less fully characterizable myrmecologically than the Ozarks. At the northern end of the state, bogs, fens, lake plain prairie remnants and bur oak savannas add northern elements to Illinois's ant fauna, including abundant Dolichoderus, Formica and Myrmica. In this northern region, socially parasitic species in Formica, Polyergus, Myrmica, and Temnothorax are also more diverse or at least more abundant than in the neighboring but more southerly state of Missouri.

Illinois contains a large land area and diverse habitats, but also has a lot of shared borders, so there are apparently no ants endemic to the state. There are also relatively few exotics, especially those which live outdoors. There have been numerous attempts throughout the prairie portion of Illinois to restore prairie vegetation to abandoned farmland or areas that have succeeded to thickets of second growth forest. These "restorations" often appear quite authentic in terms of their vegetation, but their ants and other insects components are persistently lower, at least in the few decades of their existence so far, in diversity than natural remnants, lacking particularly the specialist and ecologically conservative elements.

Download the Pictorial Guide to the Ant Genera of Illinois 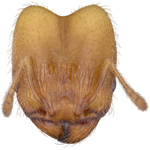 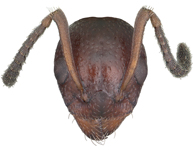 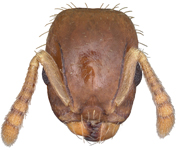 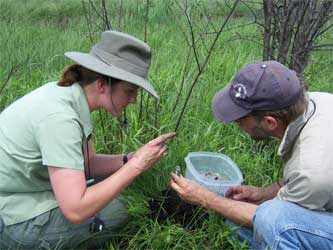