The ant fauna of California comprises 8 subfamilies, 44 genera and approximately 300 species (of which 30 are introduced). About 25% of the native species are endemic to the state or to the California Floristic Province (including northern Baja California and southern Oregon).

Prominent California ants include seed-harvesting species in the genera Veromessor, Pheidole and Pogonomyrmex; honeypot ants in the genus Myrmecocystus; a diverse array of species in the genera Camponotus ("carpenter ants") and Formica; native fire ants (Solenopsis spp.); velvety tree ants (Liometopum spp.); and the introduced Argentine ant (Linepithema humile). This last named species is particularly common in urban and suburban parts of California, where it establishes dense populations and eliminates most native species of ants.

This web site provides color images and identification information for most of the species of ants known to occur in California. For identification of pest ants you may find it useful to consult the key to common household ants of California developed by the UC Statewide IPM Program. 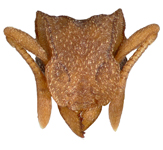 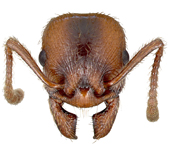 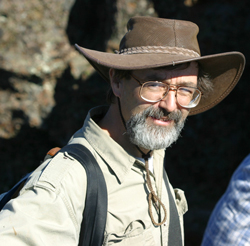